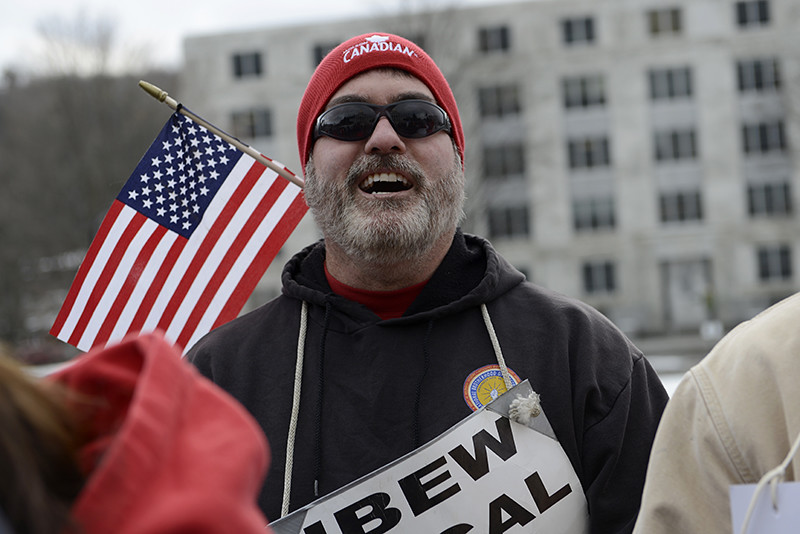 Last week, I went on an adventure with the president of our union (plus his assistant, a director, a VP, and a writer coworker) to New England for a handful of events supporting the FairPoint strikers up there. Yes, we have members out on strike, and it’s a really big deal. (Go to Fairness@Fairpoint for all the information.) Here are a few of my favorite shots from the rally in Vermont. Did you know that Montpelier is the smallest capital city in the country? 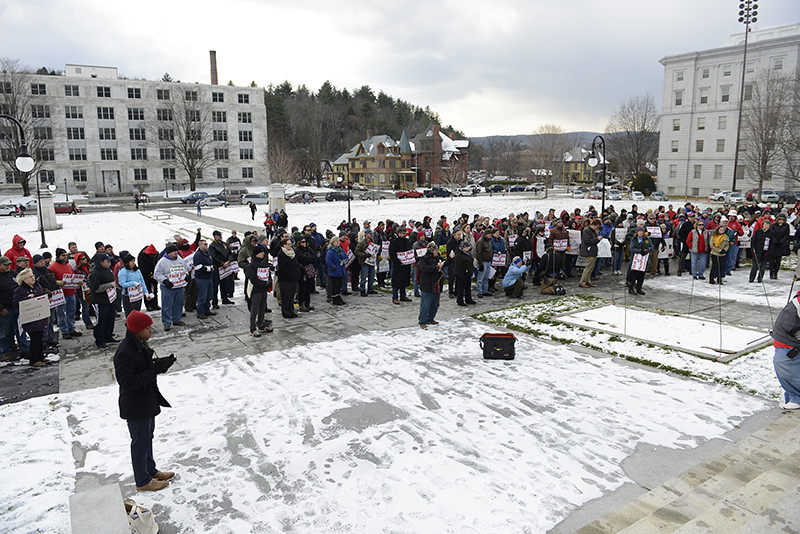 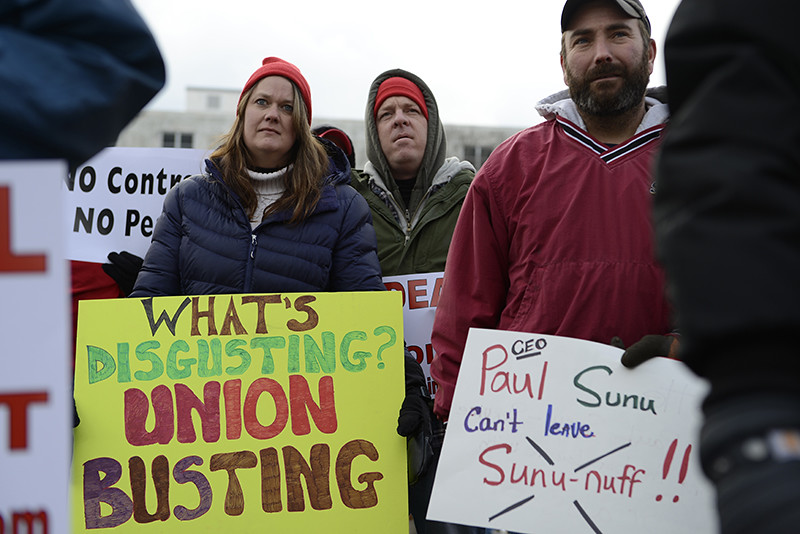 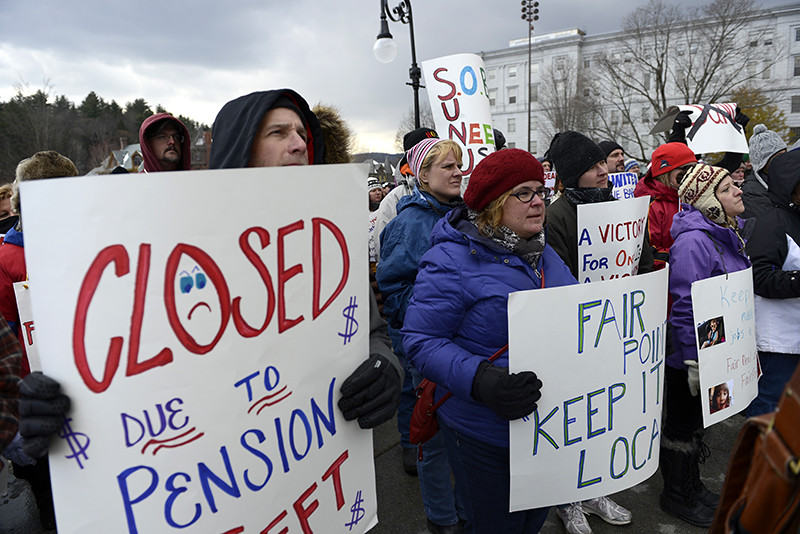 For more photos, go to our organization’s Flickr page.
Parts 2 and 3 coming soon.

A conversation, a message. 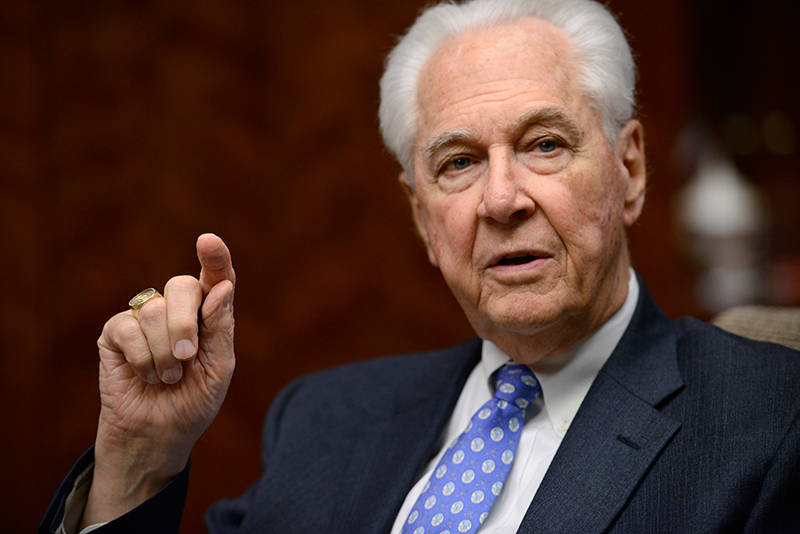 This assignment reminded me of doing environmental portraits in grad school. I like shooting them so much more than the standard background-lights-stare-into-the-lens portrait. There’s definitely a time and place for those, but I think conveying personality through surroundings adds a lot to an image. The plan – show our president in conversation, as the accompanying story was a Q&A style story. 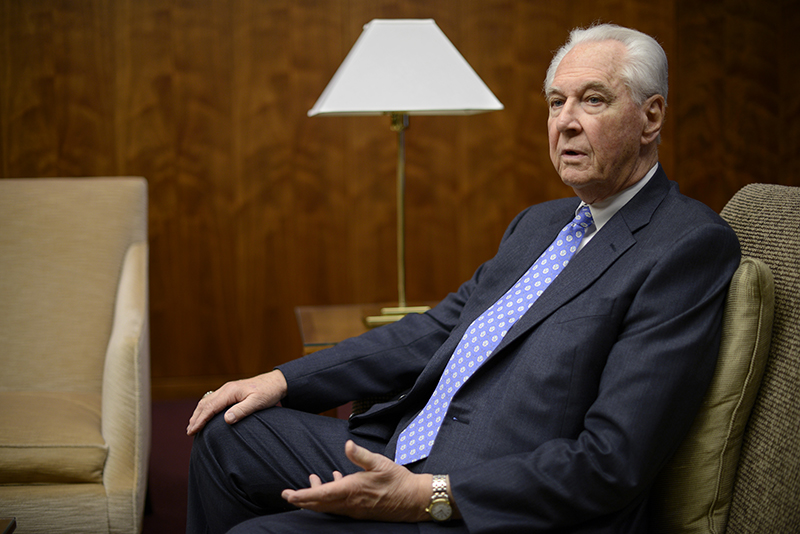 Serious and stern, but not angry or belittling. That was the goal. I did get some nice shots of him laughing or smiling in the course of the conversational shoot, but I’ll save those for another day. This and the top image ran with our story. 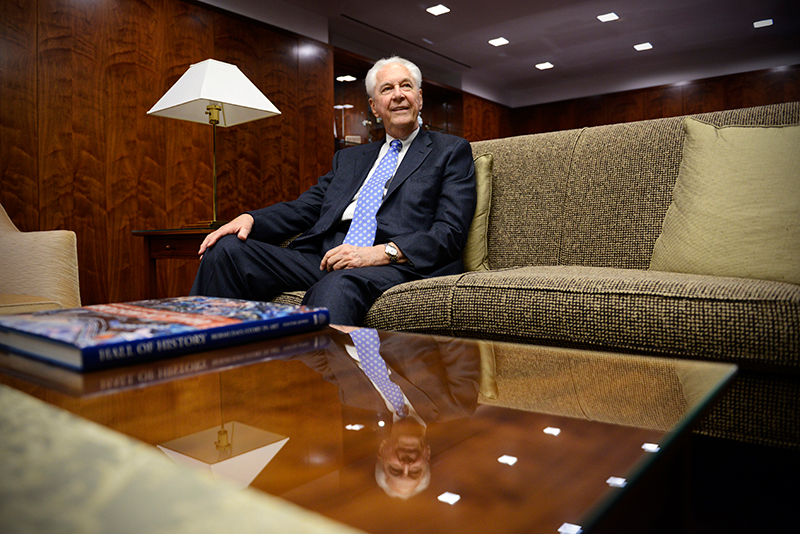 This was one of my favorite images from the shoot. It didn’t fit with our serious theme, so it’s just an outtake now. But I still like it.

Original story: On growing the IBEW

Attempting to go viral, one post at a time.

Did you know I now make memes? I mean, we make graphics to share on Facebook and then hope they go viral. Some are better than others, in both look and performance. I happen to be a fan of these two.

This one’s been posted a number of times, and each time it gets more than 2,500 shares. I believe that qualifies as ‘viral’ for us. Yeah!

So exciting, right? In actuality, it was – and enlightening, too. The dais in the room was huge. I didn’t think I would actually see more than half the chairs full for this particular hearing. But lo! Congresspeople came from all entrances to fill just about every seat and listen to these everyday people give their testimony.

Some may see unemployment benefits as extending the poor and out-of-work’s dependency on the government in a negative way. Not so on that day. For those precious moments in front of the microphone, stories of severe hardship were aired in the public, in front of lawmakers who could possibly (and hopefully) help. Without an extension of benefits, these people will be left in the cold with no way to pay their bills or put food on the table. Homes would be lost. Lives shortened by the lack of appropriate medications. And without assistance, these people won’t even be able to afford to look for work. And while only three workers sat at that table (the other two were from support organizations), they represent hundreds and thousands more who are just trying to make ends meet.

So let’s get on this, Congress.

A note about the photos above: It seems as though Flickr has changed the way they embed photos into a page. I bet it’s for security, for which I am grateful. However; it now turns every image into a slideshow of ALL my public photos. That is not cool, and creates a poor user interface. I will be researching a better image hosting option for posts in the future.